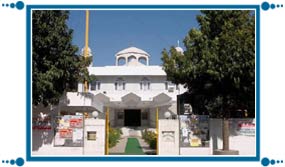 Talking about the Chandigarh religions, it can be said that here you'll find people belonging to different religious groups. The city houses people of all religions, then be it a Hindu, Buddhist, Sikh, Christian or Muslim. Thus, there is no single religion of Chandigarh, India. In terms of people & religion, there is a lot of diversity. However; Hindus are the most dominant religious group inhabiting the city with a population of nearly 75%. They are followed by Sikhs forming about 20% of the total population. Minority groups include Buddhists, Christians, Jains and Muslims.