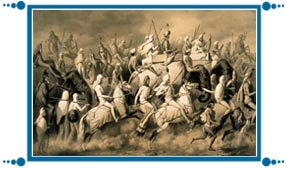 In this article, we will provide you with the Chandigarh history that will give you useful piece of information on the origin of Chandigarh, India. Prior to the partition of India, Lahore was the capital city of undivided Punjab. But, after the partition, when Lahore went to Pakistan, India was left without any capital. Also, it led to the migration of people of west Punjab to the eastern towns within India. These two factors gave rise to the need to choose a site in the foothills of Shivalik range that would serve as the capital of Punjab. Read on to know more about the origin and history of Chandigarh…

A committee was set up to choose a suitable site, keeping in mind various factors like military vulnerability, drinking water, climatic conditions etc. Finally, a site was selected, but that was in the shape of farms. The city got its name from Chandi, the Goddess of power and Garh meaning fortress. After the site was finalized, a master plan for the city was prepared by an American team (Mayor, Whittleslay, Glass & Nowicki). The project faced a setback with the sudden demise of Nowicki. It was then that the other teammates refused to work on the project.

The committee was again handed over the task of finding a team for completion of the project. In the year 1951, the well-known French architect, named Le Corbusier, took the charge of giving the city a modern look. He further appointed a team, who worked under his supervision and guidance. The team decided to work in two phases. While designing the city, factors like pollution, traffic, travel and tourism and other environmental aspects were borne in mind. This is how Chandigarh turned into a well-planned capital city of Punjab, India.