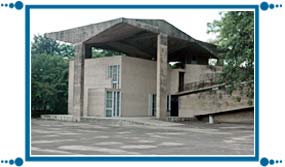 City museum in Chandigarh, India is a very popular museum. It was established by the Chandigarh administration at the time of the 50th Anniversary of India's independence in December 1997. The purpose of setting up Chandigarh City Museum was to collect, preserve and display the planning and architectural development that went into the unique urban designing of the city. City museum contains the original sketches, models, plans, photographs and all such documents that explain the evolution of city from the stage of rough paper sketches to its realization. The displays that are stored at the basement explain the story of India's partition and the need to build the new Capital city of Chandigarh. And the first floor focuses on the growth aspect and exhibits the things based on the theme of "Chandigarh today and tomorrow."